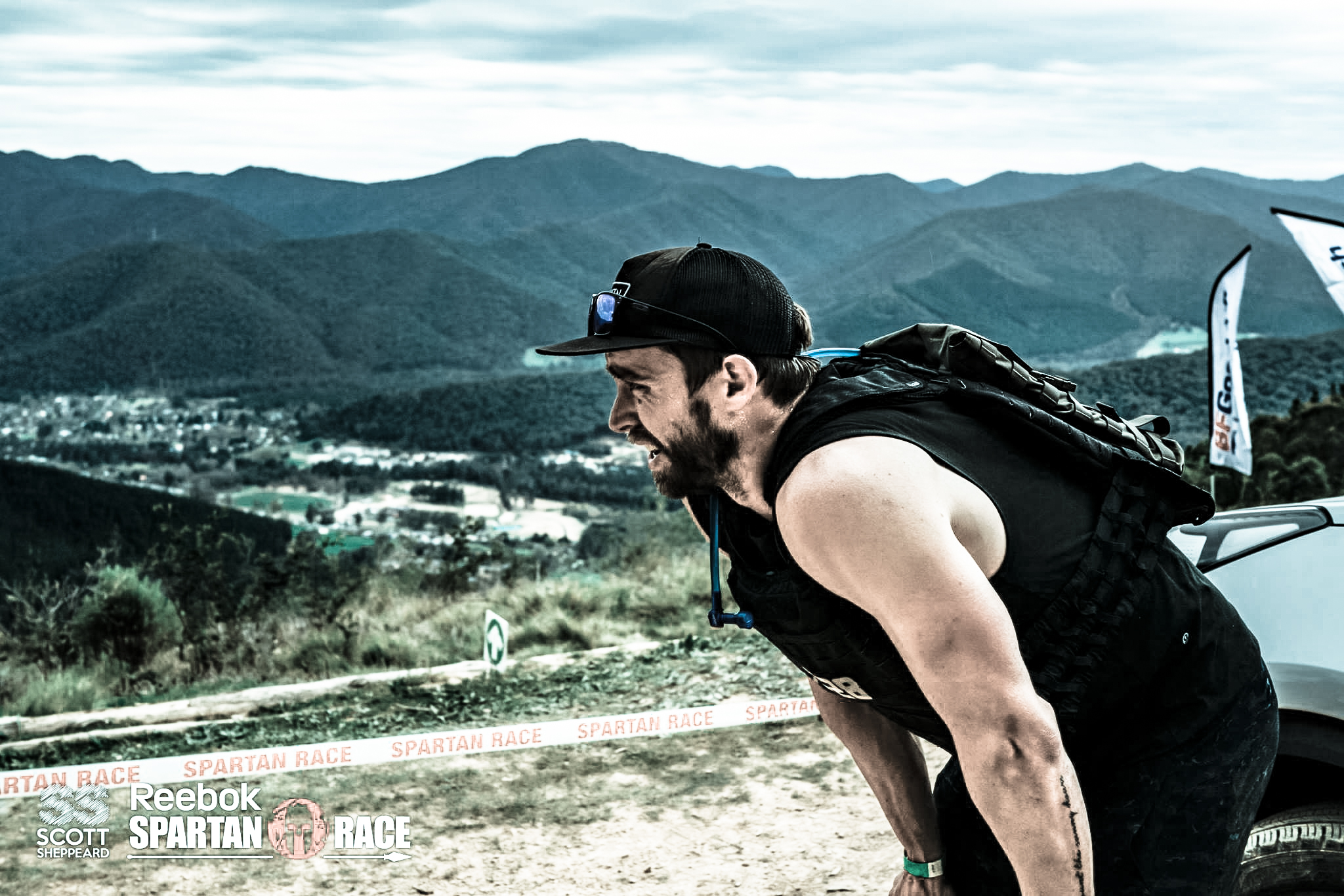 How to be a better Beast.

I’m a big fan of making things challenging. It teaches me a lot about myself and my capacity. For me, Spartan Racing was not something I wanted to do, but I liked the premise and the diversity of elements. You don’t need to be the best runner, but you do need to run. Speed, power, agility, strength, and some cognitive functioning will all help you get to the end, and if you have none of those… then you will be doing a lot of burpees.

As I start thinking about my attack on this year’s Spartan (wearing a weight vest, just as I did last year) I need to consider what I can do to be better equipped in an attempt to cut 55 minutes from my previous time and get it done in under four hours.

It was October 2017. I ventured on a mission to discover my breaking point — or at bare minimum, push myself into a new pain threshold. My plan to achieve this was to combine a 12kg weight vest, a 22km / 1200m vertical Obstacle Course Race (OCR) called Spartan Beast, and me — an 85kg, 187cm (6’2) human who does not like to run.

The goal was always to break myself. As a coach and trainer I am more often at events or races for those I train than for myself. I will be out there on the course and I will run with them. I will lead the charge over obstacles and generally run their race instead of my own. By doing so I finish feeling relatively fresh. The walk back to camp doesn’t hurt. Getting off the bar stool to get us a round of drinks doesn’t require me to make groaning sounds. I have no blisters to bemoan and generally can’t relate to the race in the same way as my athletes.

But this time would be different. A 15% weight increase did some real damage. My heart rate was in my ears before I knew it. That’s way too soon, I remember thinking. I’m hiking up a steep hill after a 3km casual jog, but any slower and I’ll be still. That was the moment I locked in a non-negotiable rule for the race: I will not stop. It didn’t matter if I had to crawl; stopping was not an option.

Kilometres ticked by slowly. I was passing dozens of people on the climbs, but couldn’t coordinate a fast descent. The obstacles didn’t faze me. I left the vest on for all but the ones that required a level of mobility that the vest didn’t allow.

At about the halfway point, a few things dawned on me. Firstly, I realised I had majorly messed up a vital calculation. I had calculated my nutritional needs based on an 85kg man, but I wasn’t an 85kg man. The extra vest, food and water I was carrying had me well over 97kg. I didn’t have enough food. I prepared myself for an inevitable hunger bonk. Just like a car running out of fuel, I would stop dead in my tracks. Secondly, and very surprisingly, I realised my water consumption was way less than expected. My hydration pack was attached to my vest and it was awkward to get to and fill. At the halfway marker, I took the time to get it out. I’d now been going for two-and-a-bit hours. I should have drained the thing dry, but it was only half full (yes I’m an optimist). I topped it off and continued. I felt fine. I’d been dehydrated to the point of hospitalisation before and I was nowhere near that. I was still peeing and sweating profusely, which meant I had enough fluids in me.

The final mountain descent was a joint killer. The vest had been on for four hours and prior to this I had only ever worn it for an hour at most. The pain in my knees and ankles made me cringe with every step. No matter how hard I tried I couldn’t run on the downhills or flats. I could manage an uphill jog only. I started to recognise the course around me. I had already run this the day before for the 16km event, and I knew I was close to the end. Thank FUCK! I had no food and was starting to get really hungry. Five slow kilometres, a handful of obstacles and 30 burpees (as a penalty for my one and only failed obstacle, right before the finish line) and I was done. Some sweaty hugs and a beer in hand and I was happily broken.

A few of the best beers and yummiest pizzas, good chats with my crew and it was time for bed. Then a long drive home, followed not so closely by the ritualistic cleaning and organising of clothes and gear.

I finally emptied my hydration bladder. Yes, emptied — I still had half left. That’s two litres of water in five hours. That’s about three or four litres too few. This never happens. I needed answers. A few minutes later I was on the phone to Jarah from Swift Supplements. I had lots of questions. I had been training and racing for many years. I had suffered through some terrible conditions and learnt a lot about myself. My day-to-day nutrition is dialled. The only variable change over the past six months leading up to the Spartan race had been three supplements I added to my pre-, mid- and post-workout. After the first fortnight, I had already noticed a change in my recovery time. I had started on the protein only (Re Charge) — as my science background tells me to only change one variable at a time — and was able to up my weekly workout volume without adverse effect. That I understood. The pre-workout (Super Charge) was a bit different. No stimulants meant no kick in the heart like other pre-workouts I’d used. I often throw down some No-Doz to easily fill that gap when required. It also means I can have it for night training sessions (minus the No-Doz) without lying in bed wide-eyed post-training. Initially I was dubious, that kick was what I knew, that kick must do something…Well, apparently not that much — mostly it’s a placebo. Even without that kick I persisted. First few sessions weren’t too different, but after a week I noticed some “tunnel vision”. I could sustain focus for longer and longer. With practice I could maintain unwavering focus for a three-hour ride. Constantly I questioned whether I had more to give and asked my body to respond. The mid-workout (Hydra Charge) came last and was in the form of a hydrating, BCAA filled mineral packed ‘sports drink’. During normal cardio training (1.5–2 hours on a bike or 30-60 minutes of running) the difference was there, but small. It wasn’t until the volume increased that I really noticed the difference. Running out of water after a 3-hour sesh wasn’t detrimental. I required less water, as long as I had had some Hydra before and during. But it wasn’t until that long Spartan race that it had its biggest impact.

So I’m chatting to Jarah and its kind of like a debrief. How was your lead up? How was the course? How’d your team go? What would you do differently? Then the question I really think he wanted answered… How’d you find the supplements? As I got to the need (or lack there of) for hydration, I could almost hear his eyebrows raise. He seemed excited, like he knew that there was the potential for this to have happened, but hadn’t come across it quite like this before. I found out that the ingredient sustamine (amino acids L-Alanine-L-Glutamine) was the reason for my body’s water retention.

Once again, as I’m planning my attack on the 2018 race, I have a lot to consider. My training needs a little altering. The pain and fatigue of my quads that knocked onto my knees slowed me down dramatically. My capacity (the word I prefer over cardio) is great…on a bike. But less than great on my feet. So some specific training is a must. I can’t just rely on being generally pretty fit to get me through. I need to learn to run well in a vest.

What I can keep the same, however, is my mindset on course. My obstacle abilities are fine, although nailing that spear throw next time is a must. My supplementation played a bigger part than I thought it would. And now, knowing that more isn’t always better, I want to dial in the right combos to get the most from my body during training and on the day.

If you’re there in November and you see an idiot in a weight vest, give me a yell of encouragement — you have no idea how much it helps.

1 thought on “How to be a better Beast.”